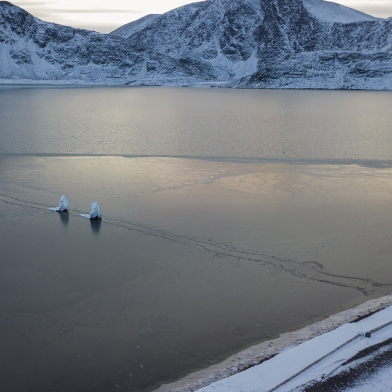 An Arctic Procession by Stephanie Imbeau

Having tried on one of her wearable houses in her studio, I was stunned by the sensation of elevation but also of being a little out of balance. This duality is at the core of what Imbeau finds interesting in what it is to be human, something we speak to her about in this interview. 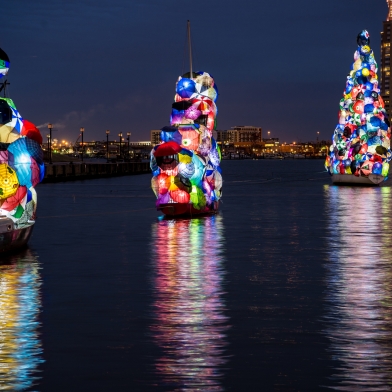 Imbeau’s umbrellas signify humanity’s need for ephemeral shelter in a storm: “They are broken but useful, torn up but beautiful,” she says. 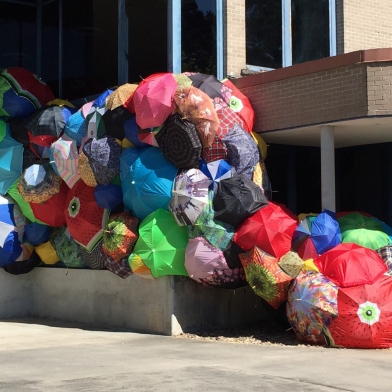 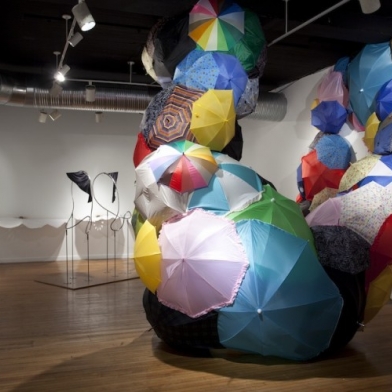 A Time in Space: Move, Maneuver Track And Traipse at School 332015

"Patiently, Imbeau’s work quietly evolved in the brain, and this ridiculous eruption of color and shape that assault the eyes transform into something more familiar, more deliberate, and more human." 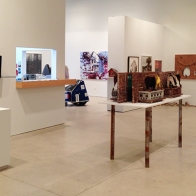 Flipping the Hierarchy of Needs2014

"Stephanie Imbeau’s five porcelain sculptures negating the weight of their own construction. " 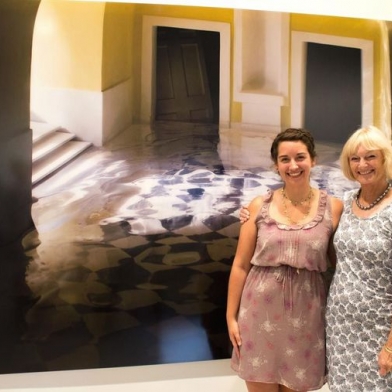 "The concept was apparent in her work; tiny, unglazed porcelain houses stand delicately on a platform, which appears collapsible from mere touch." 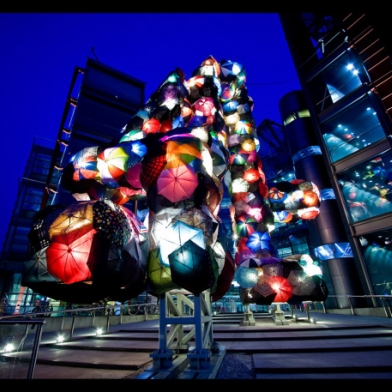 From the Roster: Stephanie Imbeau2014 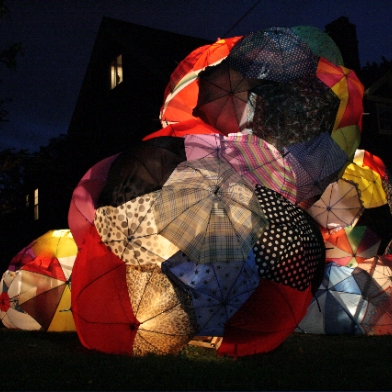 "Imbeau reached out to me on Twitter last week and if she hadn’t, I might have missed out on something special."